Do you want to hire a cover band for your wedding or your birthday party?  But don’t know which band is the best choice for your party or wedding? We give you some great ideas.

The Jungles is a professional electric band which exists of three members. This experienced band performed in Manchester, North West England, Spain, Geneva, Wales and Merseyside. During the years the bandmembers played with many music icons, such as 10Cc and The Fun Loving Criminals. The repertoire of The Jungles is versatile, from country and soul or funk and blues to rock ‘n’ roll and old and new. 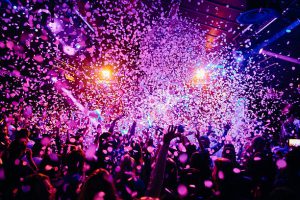 Exciting and amazing cover band The Heat Waves offers you an engaging show. This band plays various hits in different music genres. From the 50’s and 60’s to modern pop, rock, soul, disco, rock ‘n’ roll and indie. The Heat Waves played gigs for American Express, Deloitte, 02, Film 4, The NEC, Getty Images and the Honourable Society of the Inner Temple. The Heat Waves can play chilly background music, but also more upbeat songs for a small event, a wedding or a party.